Ultrasonic testing uses high frequency sound that is transmitted into the part being tested. 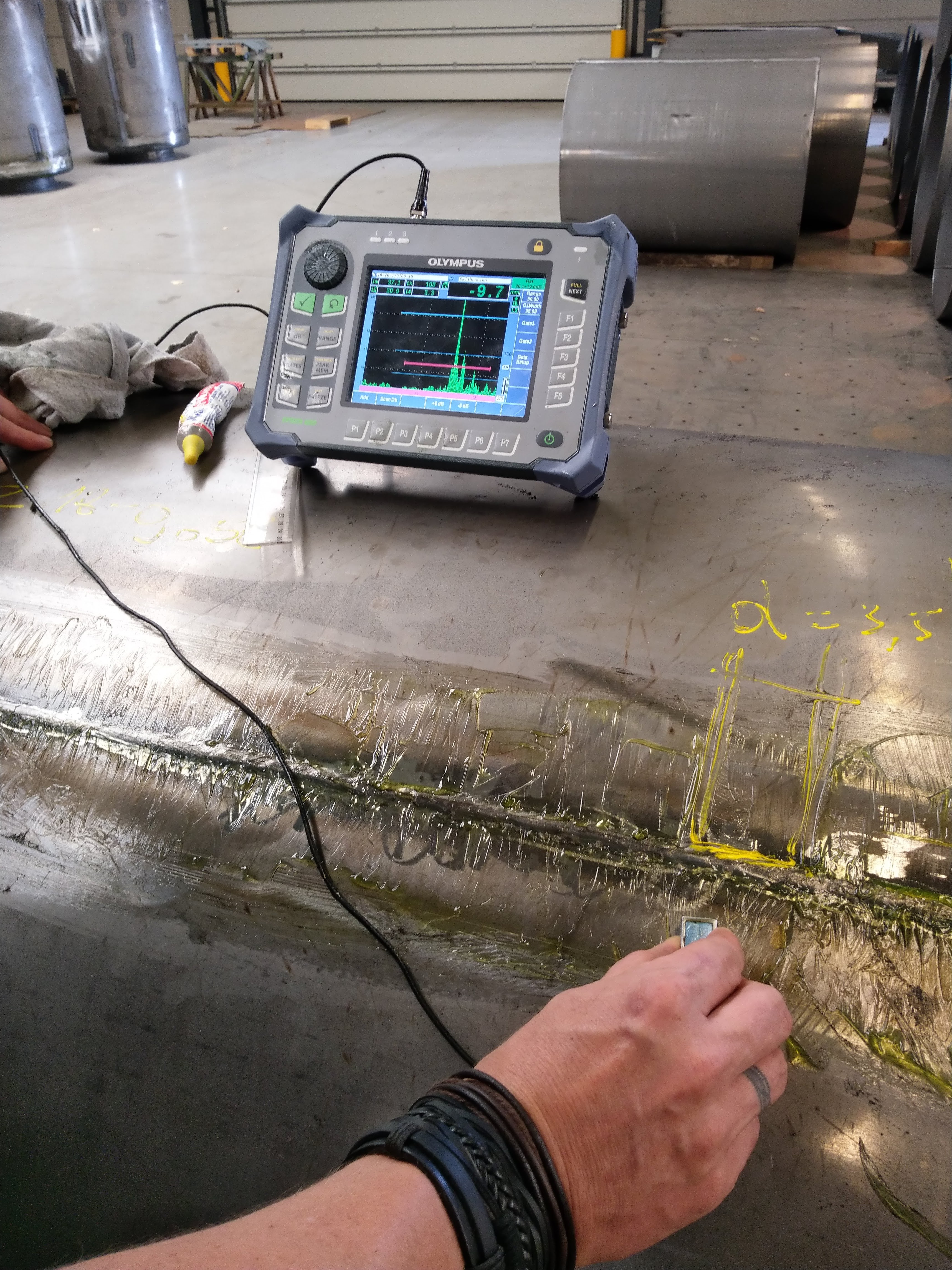 Ultrasonic testing (UT) uses high frequency sound (commonly between 1.0 and 10.0 MHz) that is transmitted into the part being tested. A discontinuity or an interface in the part with a different acoustic impedance (density and acoustic velocity), will act as a reflector. If a reflector is hit perpendicular to its main dimenison by the sound, most of the sound will reflect back to the sending unit, which also acts as a receiving unit, and will be presented on a visual display. By knowing the speed of the sound through the part (the acoustic velocity) and the time required for the sound to return to the unit, the distance to the reflector can be determined.

For measurement of wall thicknesses and detection of corrosion normally a sound wave is transmitted straight down into the material (straight beam testing). The sound will be reflected from the back side of the tested material and received by the receiving unit. With the measured time and the speed of sound, the thickness can be calculated. The result can be displayed as a screen presentation or as a single digital numeric readout.
The calculated/measured thickness can be compared with the initial nominal thickness. From that comparison conclusions can be drawn about the possible presence of corrosion.

For weld testing the send/receive unit is placed under an angle to transmit the sound under an angle into the tested part (angle beam testing). The most commonly used test angles are 45°, 60° and 70°, as these angles match perpendicular to the orientation of the most likely expected discontinuities.
The send/receive unit is moved back and forth towards and away from the weld so that the sound beam passes through the full volume of the weld. As with straight beam testing, reflectors aligned more or less perpendicular to the sound beam will send sound back to the receive unit which will give an indication on the screen.